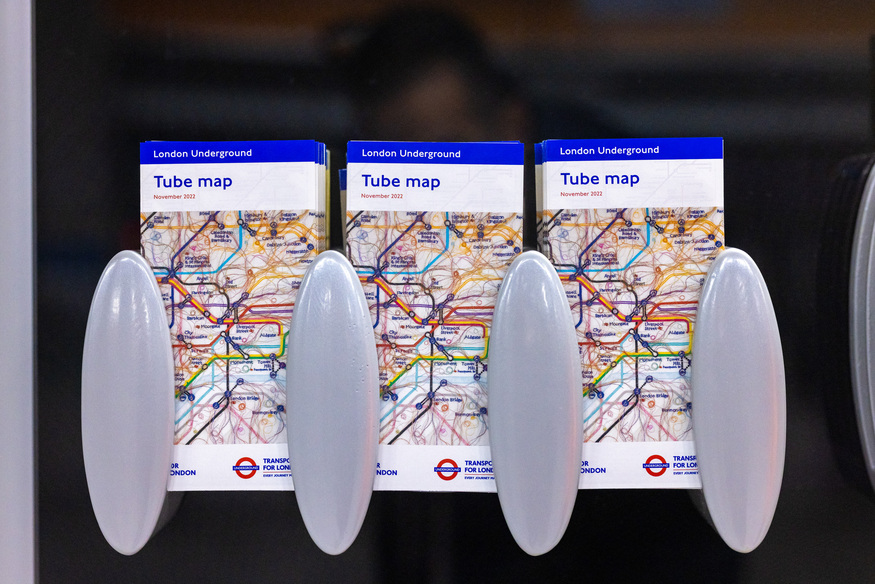 by Emma Kay Target themed You’re in Londonthe elegance of David Shrigley squiggles. Hew Locke is beautifully annoying Tunnel vision. We all have our favorite tube card artwork covers. (I mean, you’re a London reader, so most likely you do…)

The 37th Art on the Underground commission has just arrived: it’s by London-based Korean artist Do Ho Suh, it’s called Routes/Roots: London, and it’s something of a beauty.

The illustration features an enlarged section of the tube map we know so well (now with the added eggplant hue of the Elizabeth line), but instead of being neatly drawn, the lines are stitched, with countless strands that fray all over the place, creating a tangled and fuzzy version of the map we know so well.

What does all this mean?

We are told that the central theme of Routes/Roots: London is an exploration of the patterns and idiosyncrasies of everyone’s daily journeys through the city, during and after the pandemic. “The tube map cover,” explains Art on the Underground, “connects to the new and old ways we navigate, the ways we move through and around the city.”

The artwork – which was created using traditional Korean embroidery techniques – plays with the idea that the tube map is a tool for rational navigation, when in reality Londoners navigate according to all sorts of factors, say more relaxed rides or stopping somewhere to meet a mate.

In the artist’s own words: “Basically a lot of my work is about the transportability of space, what we take with us as we move around the world, so I loved working on a real map and think about the gaps between locations and complicating the sharpness of lines.”

If the name Do Ho Suh sounds familiar, you might remember Bridging Home – his 2018 installation, which saw a traditional-style Korean home stuck incongruously on a catwalk above Wormwood Street.

Routes/Roots: London can be seen on the new pocket maps, stocked at London Underground stations from now on. As well as fresh artwork, the cards feature another small tweak, with Bond Street now joining the Elizabeth line – since finally opening in october – and the new direct service. Sunday Elizabeth line trains are also a thing.