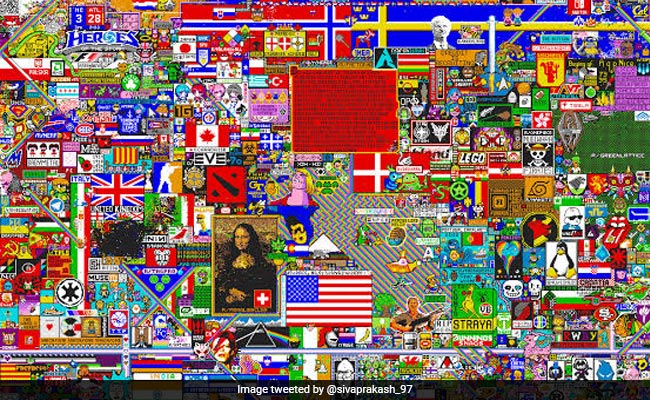 The r/place board on Reddit is popular among its users.

Social media platform Reddit has brought back r/place, his collaborative artwork. The board is a large grid where collaborators have placed tiles on a blank common canvas.

The artwork went live at midnight on April 2. Contributions from around the world have created a collective digital work of art.

The original version of r/place was launched in 2017 and created by Josh Wardle, who went on to create the popular online game Wordle. The common 1000*1000 pixel canvas was one of Reddit’s most popular April Fool’s Day experiments.

It has now been enhanced and expanded internationally on the platform, which boasts a user base of 50 million daily active unique users and over 10,000 communities.

“Some have already visited a canvas. / A place where conviviality creates more. / Now in much larger numbers, taking up more space, / It’s up to you to make a better place,” moderators said on the Reddit board, which has a million members.

To participate in the work, Reddit users will need to click (or tap, depending on the device they’re on) the new widget icon with the letter “P” at the top of the home feed, or open their community drawer in their app and tap on it.

This will open the 1000*1000 pixel square, which users can add every five minutes by tapping anywhere on the canvas.

The artwork is available to anyone who visits Reddit. Those who are not logged in will only see the development but will not be able to add to it.