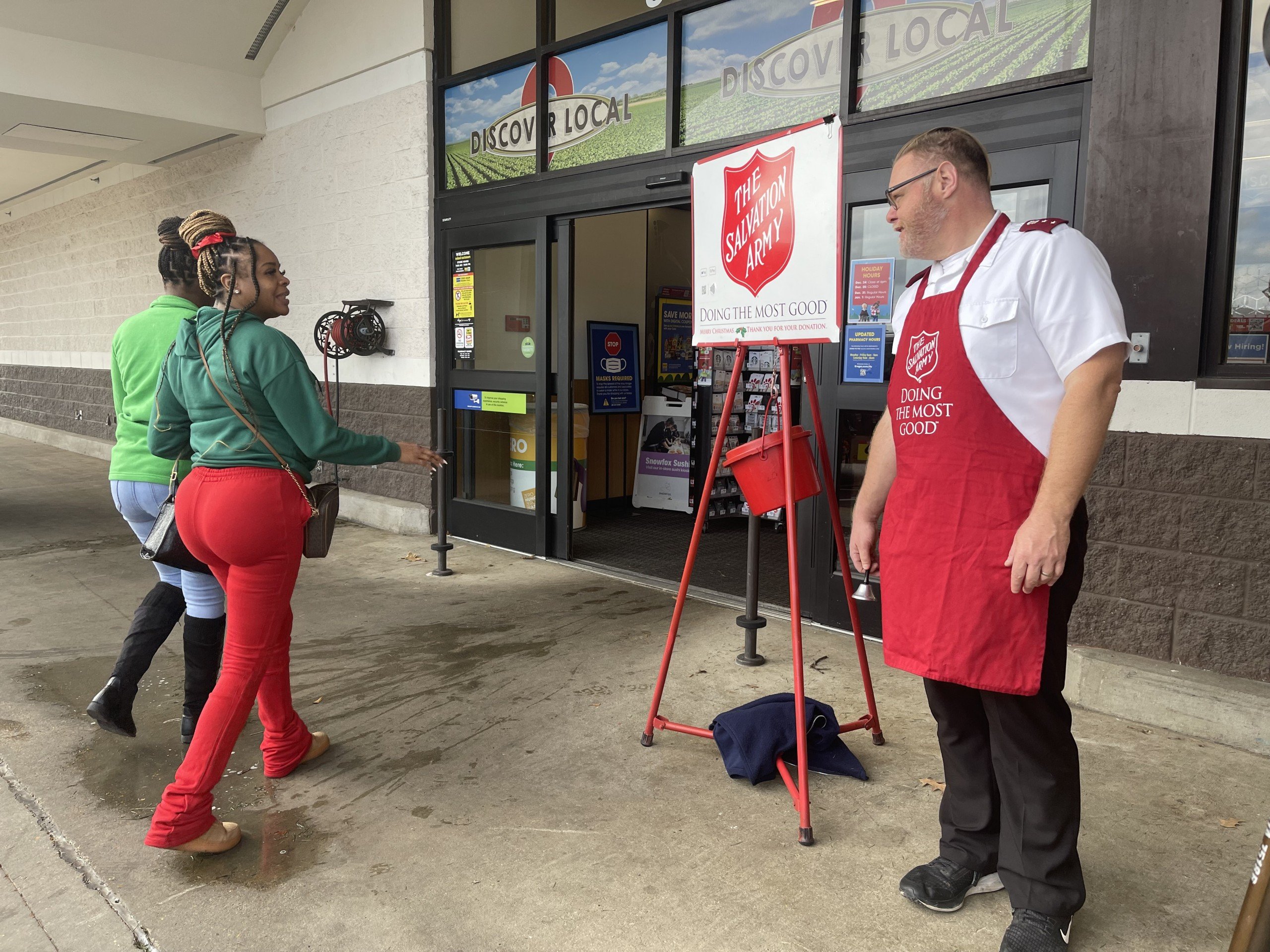 TUPELO, MELLE. (WCBI) – Every Christmas season, red kettles and bell ringers are in grocery stores and malls, raising money for The Salvation Army.

Captain Rob Dolby spent part of his Christmas Eve morning outside the West Main Kroger on the last day of the Red Kettle campaign.

The money raised from the red kettles represents twenty-five percent of the Salvation Army’s annual budget and these funds help the people of the region. In fact, ninety cents of every dollar raised remains in the region.

â€œThe best part of Christmas is, right from the start of the Christmas story, was an interruption, to change everything. To us, that’s what red kettles mean. For homeless people, hunger, families who have chosen between giving their children Christmas gifts and medicine, the Salvation Army is there to be the hands and feet of hope this Christmas and to be an interruption of poverty, an interruption of despair â€, Dolby said.

Here at the Jim Ingram Red Shield Lodge, six children will wake up on Christmas morning with a roof over their heads and gifts, all thanks to partners and donors across the community who are ready to give to the Army. Salvation. As Captain Dolby says, it’s about giving people hope and a helping hand, instead of handouts.

â€œAlmost a thousand families that we will contact, because we just don’t want to touch them once a year with a gift, but we want to help them create sustainable pathways throughout the year,â€ said Dolby.

Captain Dolby also points out that The Salvation Army is now allowing religious and civic groups to return to its Carnation Street community center to help serve meals and care for the needy.

In addition, in early March, the Salvation Army will hold its â€œEmpty Bowlsâ€ fundraiser at the Tupelo Furniture Market. Various restaurants in the area will have soup for the guests. This money supports the Salvation Army’s food program throughout the year.

He paid $ 30 for a drawing. It could be a Renaissance work worth millions.

New Orleans museum struggles to cope after hurricanes and pandemic