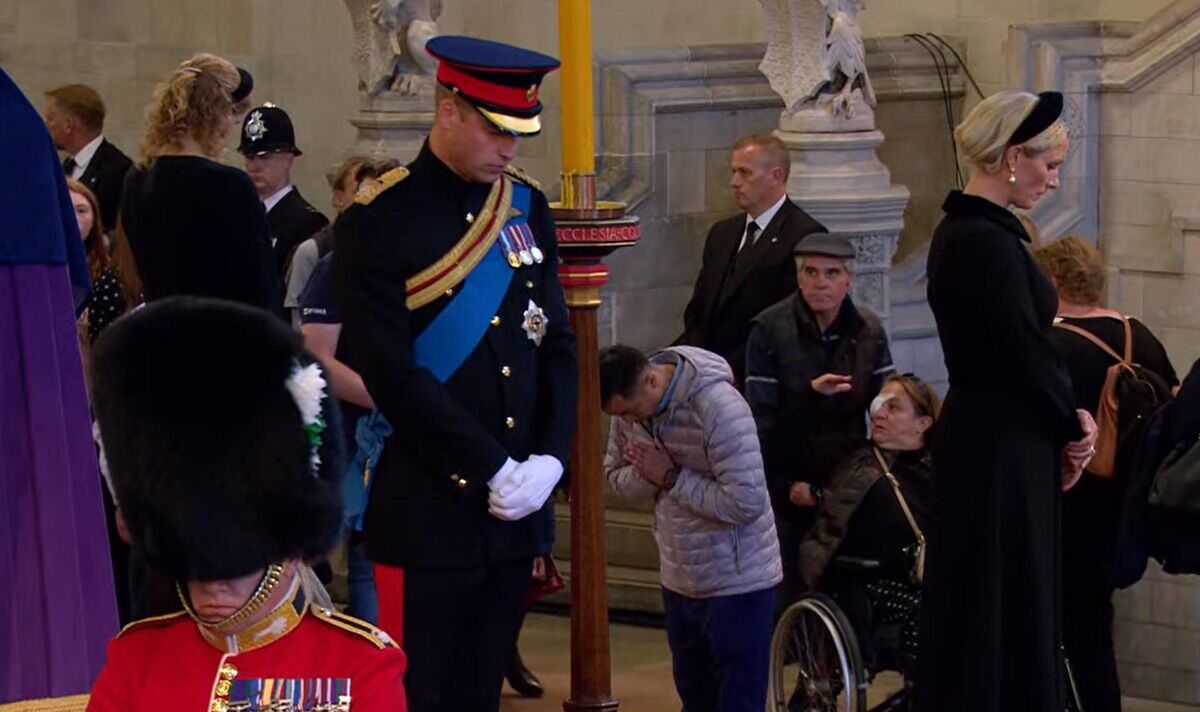 The Prince of Wales stood at the head of the late monarch’s coffin, while Prince Harry stood at the foot. William was joined by his cousins ​​on the emotional 15-minute vigil, with Zara Tindall, Peter Phillips, Lady Louise and James, Viscount Severn also in attendance.

Princesses Beatrice and Eugenie also guarded the body of the late Queen, as members of the public slowly filed past them.

Prince William led the royal party into the room where the Queen lies before her funeral, after three strokes from a soldier’s sword.

The royal family stood in near silence, watching the passage of members of the public.

At around 6:15 p.m., three more rounds of the sword were heard and the Queen’s grandchildren came out.

The emotional vigil is being held tonight at Westminster Hall in the Houses of Parliament in London.

It is the third time William has been seen alongside his brother Harry since the Queen died on September 8.

Prince Harry has been allowed to wear a military uniform for duty, despite controversy since he was stripped of his military titles after stepping back as a full-time royal.

Until now, he had only been seen in civilian clothes at events marking the Queen’s death.

King Charles asked his two sons to don the military uniform he had worn the day before at a service held alongside his siblings – Princess Anne, Prince Andrew and Prince Edward.

Prince William released a moving statement a week ago, in which he spoke about his beloved “granny”.

He said: “While I mourn her loss, I also feel incredibly grateful. I have benefited from the Queen’s wisdom and comfort in my fifth decade. My wife has had twenty years of her guidance and his support.

“My three children need to vacation with her and create memories that will last a lifetime.

The Vigil of the Princes are occasions in which members of the royal family stand guard by a deceased monarch during their period of state.

This has happened before for King George V in 1936 and the Queen Mother in 2002 – but both occurrences only featured male members.

The Queen’s death marked the first time female royals have stood guard, after the Princess Royal made history on Friday night.