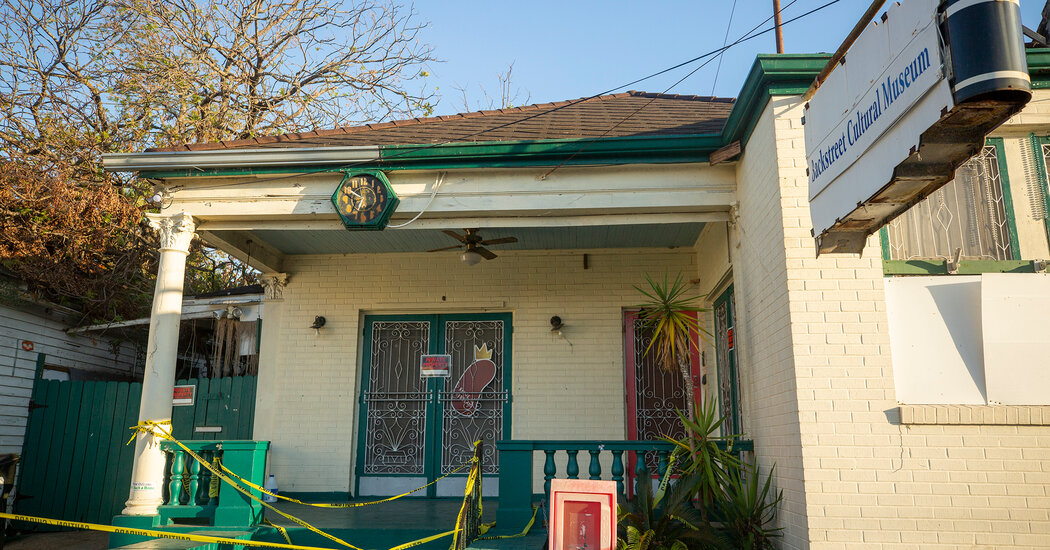 New Orleans museum struggles to cope after hurricanes and pandemic

The collection may have been Mr Francis’ dream, but many people felt a sense of belonging, said Jonn Hankins, longtime local art curator. â€œThey know this collection the same way a family knows their sons and daughters,â€ he said.

When Mr. Francis passed away, Ms. Francis-Dilling followed his instructions. First of all, she organized a massive jazz funeral in his honor. Then she entered the museum, giving tours filled with the tales she had heard growing up. â€œHe could get his hands on anything here and tell a story,â€ she said. â€œHe lived it. I’ve learned it.

Now, with the relocation of the museum, she feels the urgency to reopen quickly to preserve her father’s legacy.

Staying in TremÃ© is crucial, she said, both to keep tourist foot traffic and to fulfill her father’s dream of maintaining the neighborhood’s deep culture.

Other members of the community also took action.

Jeremy Stevenson, a great chief of the Monogram Hunters tribe who lives two doors down from the old Backstreet building, began working side by side with Mrs. Francis-Dilling, just as other chiefs had done for her. father, to computerize handwritten stacks of Mr. Francis’ spiral-bound notebooks cataloging the collection.

A few blocks from the dark Backstreet building, Gia Hamilton, a New Orleans native and executive director of the nearby African American New Orleans Museum, heard the news and began exploring the options. While a few large cultural entities have offered to buy part of the collection from Ms Francis-Dilling, Ms Hamilton rejects what she calls a ‘colonizing’ tradition of museum collection, preferring to keep an independent view of ‘who owns it. the collection and where it came from. “

Shortly before Christmas, Ms. Hamilton offered the Backstreet a one-year lease on a house at the back of the African American Museum campus. While Ms Francis-Dilling is still trying to raise funds to make the deal possible, she hopes to reopen in the new space early next year.

â€œI just want to make my dad proud,â€ she said softly. â€œThat’s all we talked about is keeping the museum going.â€

In the lab: solving problems with a 3D printer