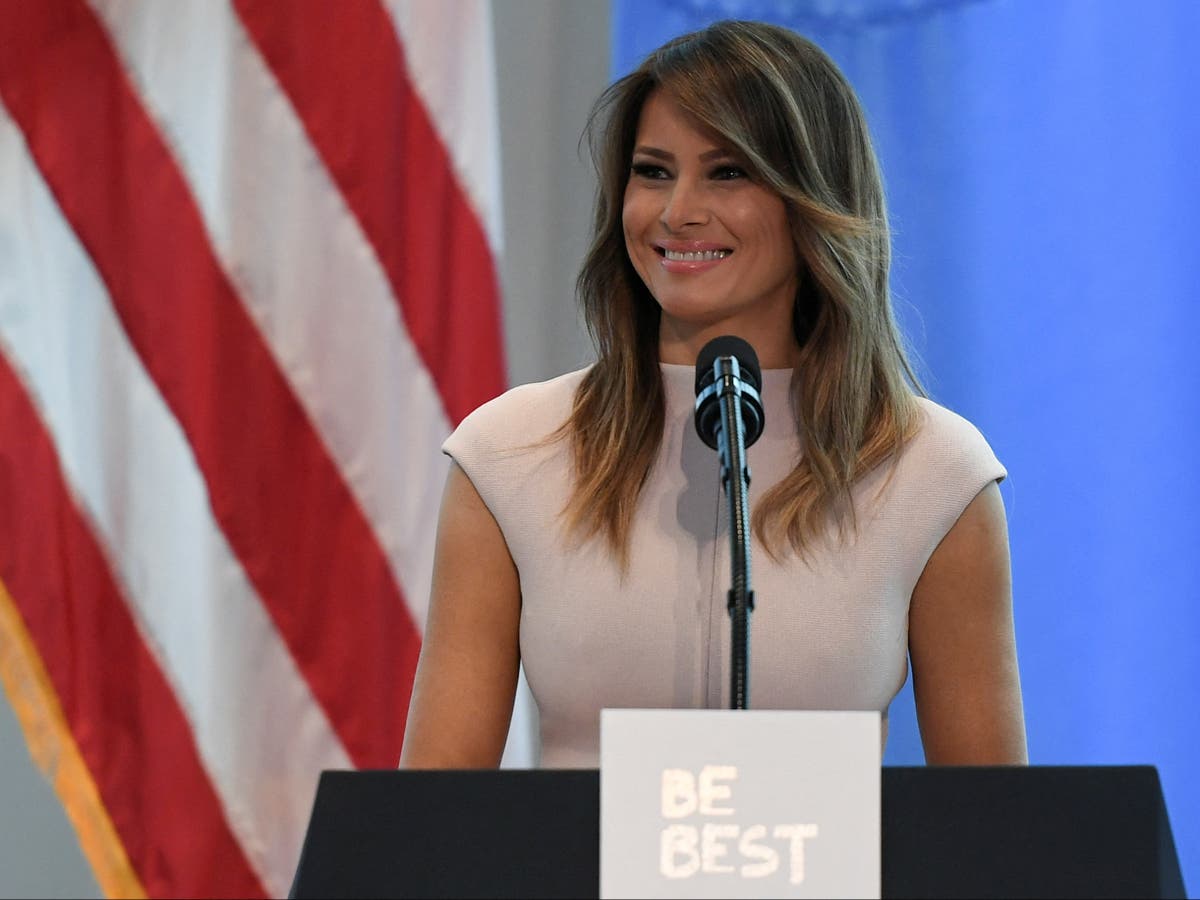 The winner of Melania Trump’s first NFT auction appears to be the former first lady herself, according to a report.

The Bloomberg News analyzed transactions on the Solana blockchain and found links between her – or at least her team members – and the winning bid of 1,800 SOL [the equivalent of $185,000].

In December last year, Melania Trump’s office announced in a statement that the former first lady was launching an “NFT platform, which will post NFTs at regular intervals” on her website.

Ms Trump said: “I am proud to announce my new venture NFT, which embodies my passion for the arts, and will support my continued commitment to children through my Be Best initiative.”

She continued: “Through this new technology-based platform, we will provide children with computer skills, including programming and software development, to thrive once they leave the foster community. “

Bloomberg News’ investigation found that the cryptocurrency used to buy Mrs. Trump’s first NFT came from a wallet owned by the entity that originally put the project up for sale.

Here’s what happened: The former first lady listed the winner of the auction on her website and the NFT sold for 1800 SOL (now worth around $185,000) three weeks ago .

An analysis of transactions recorded on the Solana blockchain showed that on January 23, the digital wallet listed as the creator of Mrs. Trump’s NFT transferred “372,657 USDC, a US dollar-pegged stablecoin, to a second wallet which then sent 1800 SOL to a third address.

The investigation found that the “third is listed as the auction winner on Trump’s website.”

Additionally, it was reported that on January 27, the original wallet returned 1,800 SOL to the second wallet.

Mrs. Trump denied this. In a statement, Melania Trump’s office said, “The nature of the Blockchain protocol is entirely transparent. As a result, the public can view every transaction on the Blockchain. The transaction was facilitated on behalf of a third-party buyer.

SOL is the seventh largest cryptocurrency by market capitalization at $38 billion.