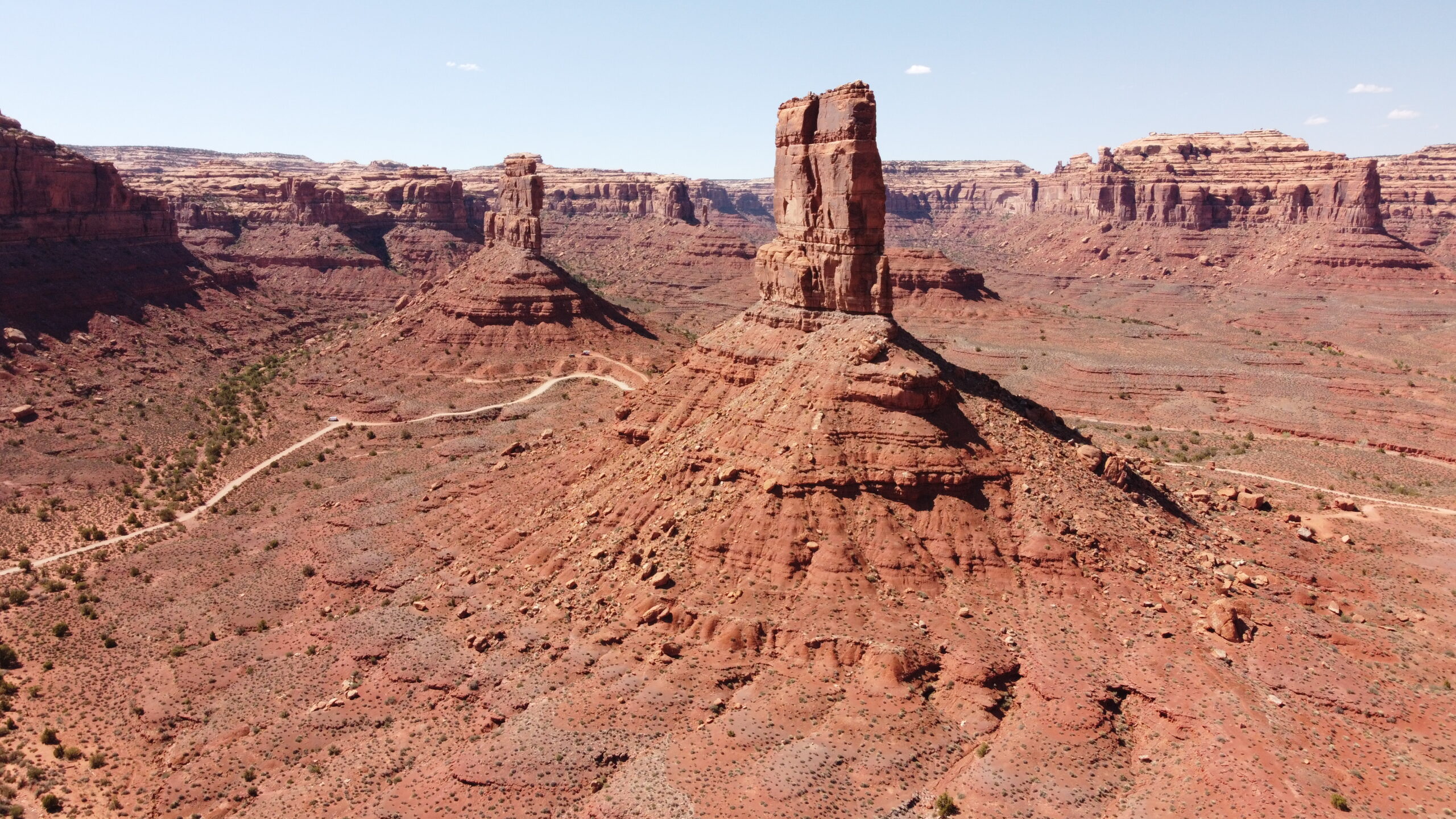 You won’t see them move no matter how hard you look at them.

You won’t hear their vibrations, even with your ear pressed against the cool sandstone.

But new research shows that the red rock towers found in southern Utah and throughout the Colorado Plateau are in constant motion, vibrating with their own signature rhythms as unique as their dramatic profiles against the depth of the blue sky. of the desert.

Exaggerated animation of one of the modes, or predominant directions of motion, of Eagle Plume Tower, Utah

University of Utah researchers are well aware of how rock towers and arches shimmer, twist and sway in response to distant earthquakes, wind and even ocean waves. Their latest research compiles a one-of-a-kind data set to show that dynamical properties, i.e. the frequencies at which rocks vibrate and how they deform during this vibration, can be broadly predicted using the same mathematics that describes how beams in built structures resonate.

Knowing these properties is crucial to understanding the seismic stability of a rock tower and its susceptibility to hazardous vibrations. But getting the necessary data is difficult, in part because getting to the base of the towers often requires walking through dangerous terrain and then someone has to climb them to place a seismometer on top.

With the help of experienced climbers, University of Utah researchers have now measured the dynamic properties of 14 rock towers and fins in Utah, creating a unique dataset with a variety of heights and angles. forms of towers.

“This ability to make predictions about a tower’s fundamental frequency using only the tower’s width, height and material properties is powerful because it means someone doesn’t necessarily have to climb a tower of 300 feet (100 m) with a seismometer to get that information,” says lead author Riley Finnegan, a PhD student in geophysics. “And knowing that information is important for any assessment related to the seismic stability of a tower or to potential vibration damage.”

The study is published in Seismological research letters and was funded by the National Science Foundation and the Office of Undergraduate Research at the University of Utah.

Climb the tops of the towers

Finnegan, Jeff Moore, associate professor of geology and geophysics, and their colleagues have spent years measuring and cataloging arches and other rock forms to understand how they move. You can see their 3D models here and read about their studies of rainbow bridge, Castleton Tower, several arches including Delicate Arch and even the matterhorn.

To get their seismometers to the top of these towers, the researchers teamed up with climbing expert Kathryn Vollinger, who, with her partner, climbed the towers carrying the instruments to the top. Then they waited while the instruments recorded the data and brought it back down.

The researchers also enlisted the help of others. Jackson Bodtker, a recent graduate now at the University of Calgary, climbed three towers in one day. Alex Dzubay, a graduate in geophysics, scaled a thousand-foot cliff to access a tower. Moore’s family even contributed, measuring the dimensions of rock towers in Arizona.

“So many talented, enthusiastic and helpful people were involved in the fieldwork,” says Finnegan. “A group of us went to three of the sites after Kathryn’s climbs to fly the drone to create 3D models, and personally I could barely make it to the basedfrom one of the towers, let alone start thinking about hauling our gear to base and then climbing up with everything in tow.

Some of the sites studied hold special significance to local Native American tribes, including the Towers in the Valley of the Gods, Bears Ears, Utah. The valley, according to the Bears Ears Inter-Tribal Coalition, “…is considered sacred to the Navajo, who interpret the giant sandstone monuments as ancient Navajo warriors frozen in stone and time.”

Finnegan says the researchers met with teachers from Whitehorse High in Montezuma Creek near Valley of the Gods and one of the students, Weston Manygoats, joined them for the fieldwork. “He’s extremely bright and hard-working, and we’re very grateful for his help,” says Finnegan.

The research team endeavored to practice respectful visitation during its fieldwork and recommends that others visiting the Bears Ears area consult the guidelines of the Coalition and visit the Friends of Cedar Mesa Visitor Center in Bluff, UT. Visitors are asked to stay on marked trails, visit cultural sites with respect, leave cultural objects as they are, and avoid touching rock art.

“We hope that by recognizing that these towers are constantly moving, shaking, swaying and shivering in response to the wind and energy that smashes through the Earth, visitors to these sometimes sacred landscapes will have an added layer of awe, and ultimately that our measures will inspire a spirit of care for these incredibly unique places,” says Moore.

In total, this study compiled ambient vibration data for 14 rock towers and fins collected over several years. While the team previously reported measurements of just one landform, the 120m tall Castleton Tower, the new compilation is taller and wider than any previously published dataset and covers a variety of heights and geometries. of turn.

“Probably the most surprising thing to me was how well our data matched the theory and how well our models supported the data,” says Finnegan. This theory predicts that the fundamental frequency at which a beam vibrates is proportional to its width divided by its height squared. Rock towers have largely followed this relationship.

Exaggerated animation of one of The Bike Seat’s movement modes.

Predicted rock tower vibration frequencies differed from observed data by approximately 4%. And the predicted angle of tower movements deviated from the actual data by an average of 14°.

“Maybe I’m too excited and surprised about this,” says Finnegan, “but I’ve done enough rock arch models in some of our other work that, frustratingly, haven’t produced solid matches. with the data, so it was refreshing of me to be able to predict turn modes given the geometry.

The new measurements, together with previously published data, provide insights into estimating the natural frequencies of other rock towers, pillars and fins, in different settings around the world, values ​​needed to perform seismic stability assessments and vibration risks, as well as how to assess the likely intensity of past shaking. Knowing how to predict the properties of rock towers, Finnegan says, makes it much easier to assess a tower’s health with fewer measurements.

Some of the most rewarding times I’ve had in the field are times when I can slow down, sit back, listen and imagine these tricks in motion,” Moore says. “We can’t see, hear or feel their movement, but it’s very real and is still happening (and always has been). For me, this new perspective creates a renewed and intimate connection with the landscape.

Advance tax-free loans: what you need to know