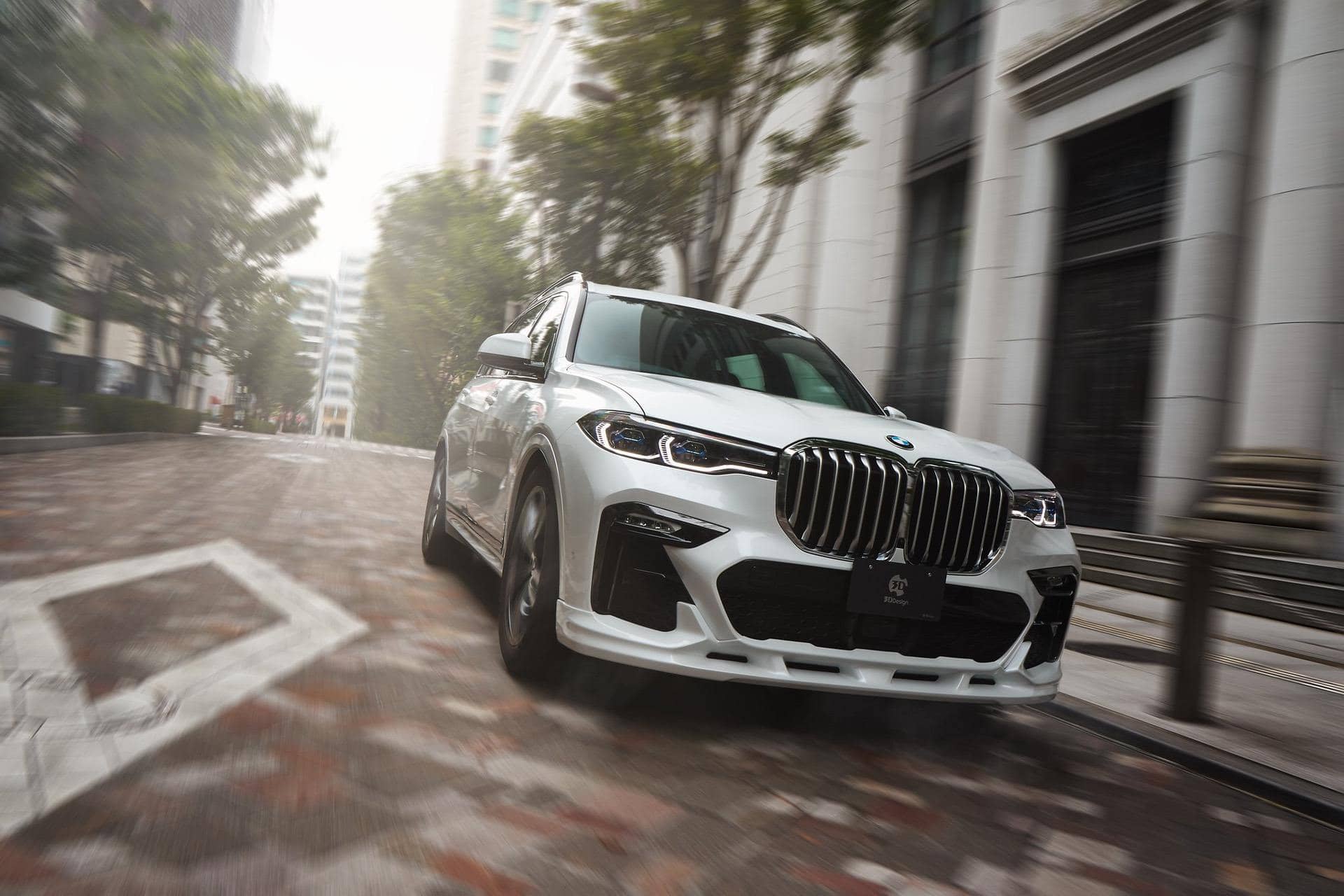 japanese tuner 3d design has just unveiled a new range of aftermarket parts for the popular BMW X7 SUV. The luxurious seven-seater is only weeks away from a major facelift, but that won’t stop aftermarket companies from developing new products. Their BMW X7 – painted in Alpine White – only gets a few visual upgrades, but enough to spice up the look of the luxury SUV.

Up front, 3D Design has created a new urethane front spoiler painted in the body color Alpine White. The aim is to further improve the aggressive and dynamic look of the M Sport Package, which already stands out with its massive air intakes. The design of the front spoiler also features four small air intakes below the central air intake which clearly sets it apart from the series. The rear has also been upgraded, thanks to a roof spoiler which not only improves the aerodynamics of this massive SUV, but also adds a bit of style to a fairly flat rear.

The X7 model in question did not receive any power upgrades. Thus, the BMW X7 xDrive35d uses a 3.0-liter six-cylinder turbo diesel developing 265 horsepower and 620 Nm / 457 ft-lb. It’s basically the same model as the X7 xDrive30d sold in other parts of the world.

When it arrives this year, the 2022 BMW X7 Facelift will bring some noticeable exterior changes. For months we’ve been hearing about split headlights, both for the X7 LCI and the new 7 Series, and based on recent spy photos, that’s exactly what we’ll get. The new headlights are also a bit lower on the face of the X7, sitting below the top of the wheel arches. The old headlights sit above the wheel arches. Not only that, but the headlights seem a bit thicker than the thinner lamps in the outgoing car.

At the rear, very little seems to have changed, although this is a bit to be expected, with the BMW LCI updates: the front gets a big change and the rear barely changes at all. But for now, let’s take a look at some pictures of this BMW X7 by 3D Design: