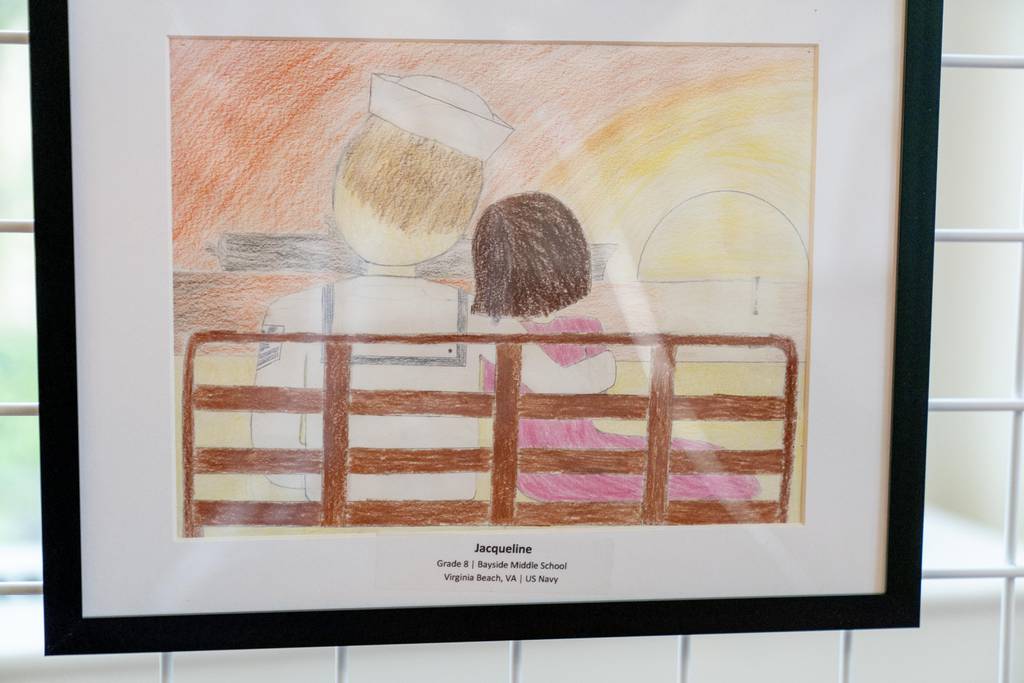 With April designated as the Month of the Military Child, Jill Biden added a temporary exhibit of more than 20 pieces of art by military-related children from the United States and around the world. The exhibition includes painted masks, colored framed drawings and works of poetry. All will be on display in the East Wing of the White House through the end of the month.

The first lady, daughter and mother of military service members, is advocating for military and veteran families, caregivers and survivors through a White House initiative called Joining Forces. She commemorated Month of the Military Child by writing essays for various publications and visiting a Department of Defense school at Whiteman Air Force Base in Missouri.

More than 4 million children have parents who serve in the military on active duty, or in the National Guard or Reserves, according to the White House.

The Military Child Education Coalition and Kids Rank, nonprofit organizations that work for the social and emotional well-being of children of service members and veterans, provided the artwork to the White House.

President Joe Biden signed a proclamation designating April as the Month of the Military Child.

The WPIAL baseball playoffs until May 1, 2022