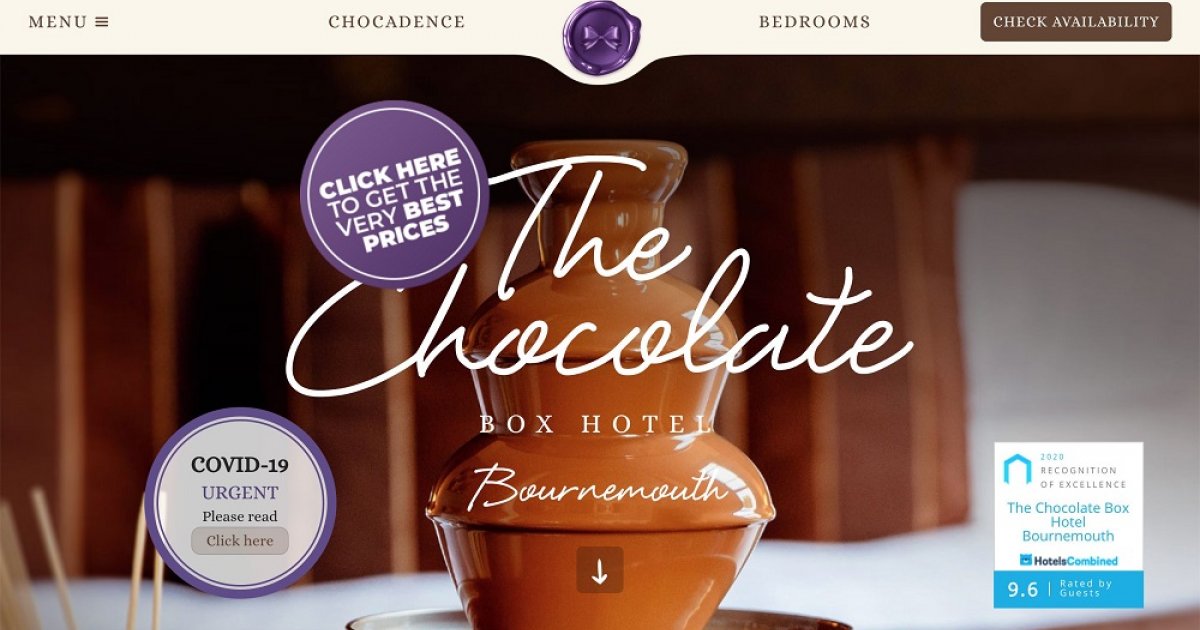 LONDON, August 20 – To celebrate the 50th anniversary of the film Charlie and the Chocolate Factory, a British hotel, already dedicated to chocolate, has recreated its whimsical atmosphere.

When you hear the name Charlie and the Chocolate Factory, do you immediately think of Tim Burton’s movie with Johnny Depp? Well, you should know that a first version, produced by Mel Stuart and released in 1971, is celebrating its 50th anniversary this year.

To honor the occasion, the Chocolate Box Hotel in Bournemouth, on the UK’s south coast, has partnered with the LateRoom booking platform to offer a special Willy Wonka themed room. But be careful, as in the movie, you must have your Golden Ticket to go through the door.

In the room, a chocolate fountain holds candies, chocolates and dips. There are unlimited drinks and hot chocolate. The icing on the cake is the fruit wallpaper, which you can lick off. Do not worry! Due to health and safety protocols, the wallpaper is changed for each new customer.

In the bathroom, toiletries are edible and taste like cocoa. For those who have always dreamed of it, it is even possible to fill the jar with chocolate.

How to change your PS4 wallpaper