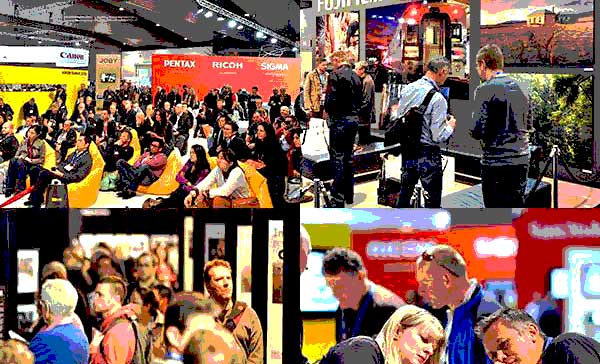 IDEA is officially ending – Inside Imaging

The Digital Imaging and Entertainment Association (IDEA) has officially come to an end after more than 40 years as the leading body in the Australian photo industry.

IDEA President James Murray said that during the life of the association it “has served a rich and rewarding function in representing photographic manufacturers, importers and affiliated service providers during times of rapid and continuous change”.

The function of the Association was to “liaise with governments, like-minded worldwide associations and other photographic and educational institutions”; as well as hosting annual trade shows to showcase members’ product portfolios to professional photographers and consumers.

“Photographic exhibits, judging contests, and lectures and presentations from industry experts were also featured at these events,” Murray said. “As digitization and the availability of mobile phone image capture have led to new vendors in imaging and entertainment, original equipment manufacturers (OEMs) and vendors have reconsidered their need to actively participate in the events of the exhibition. This was despite record audience attendance at the final digital show in 2015.’

As Murray noted, IDEA’s last big hurray was the 2015 Digital Show. The years that followed were marked by inactivity and declining memberships, leaving the once mighty association unable to claim to be the supreme body representing anything.

“Gradually over the past five years IDEA membership has declined to the point where only six of the original members have remained: Nikon, Leica, Epson, Kayell, CR Kennedy and Raleru,” Murray said. “After many efforts to reinvigorate membership, the IDEA Board of Directors has come to the conclusion that it is best to dissolve the association and distribute all remaining assets and funds to a registered non-profit organization. similar profit.”

Although before virtuously diverting the remaining funds – as required by IDEA’s constitution – the Association offered cash grants to members for marketing campaigns.

IDEA’s latest financial report filed with the Australian Charities and Not-for-Profit Commission shows that there was $387,000 cash remaining in IDEA’s account. IDEA enjoys tax-exempt status as a not-for-profit organization meant to promote the interests of the industry it is meant to serve. He has clearly neglected these obligations for many years now.

Each of the five companies receiving the grants is eligible for up to $60,000 each for a marketing campaign “to amplify and expand community awareness of photography, videography and their related products and services, but also to inspire consumers to recognize the unique features of cameras. which are not available on mobile phones.’

A Interior Imaging The reader poll asked, “Is dividing remaining IDEA funds among board member companies and then closing the association a good option for the industry?” 76% answered “no”.

RMIT University is the recipient of IDEA’s remaining funds, which equals whatever remains after IDEA-sponsored marketing campaigns, plus administrative, audit, and legal fees.

Interior Imaging asked if the donation was in the hundreds, thousands, tens or even hundreds of thousands of dollars. We will update when a response is provided.

“The endowment will be used as scholarships to help educate young photography students,” Murray says. “Scholarships will be awarded on the basis of merit and the need for financial support to ensure students can continue their education and graduate.”

RMIT’s Associate Dean of Photography, Alison Bennett, said the university is “grateful to IDEA for recognizing and supporting the integrated industry training and hands-on experience our photography students have access to as they become the creators of images of the future”.

“Photography is a rapidly evolving field of practice. This endowment is an amazing gift that will help exemplary emerging practitioners prepare for the future of photographic imaging practice,” said Dr. Bennett.

And that officially leaves Australia without a photo industry association.

Now on Kickstarter, Road to Recovery, a new collection of artwork and essays about veteran experiences