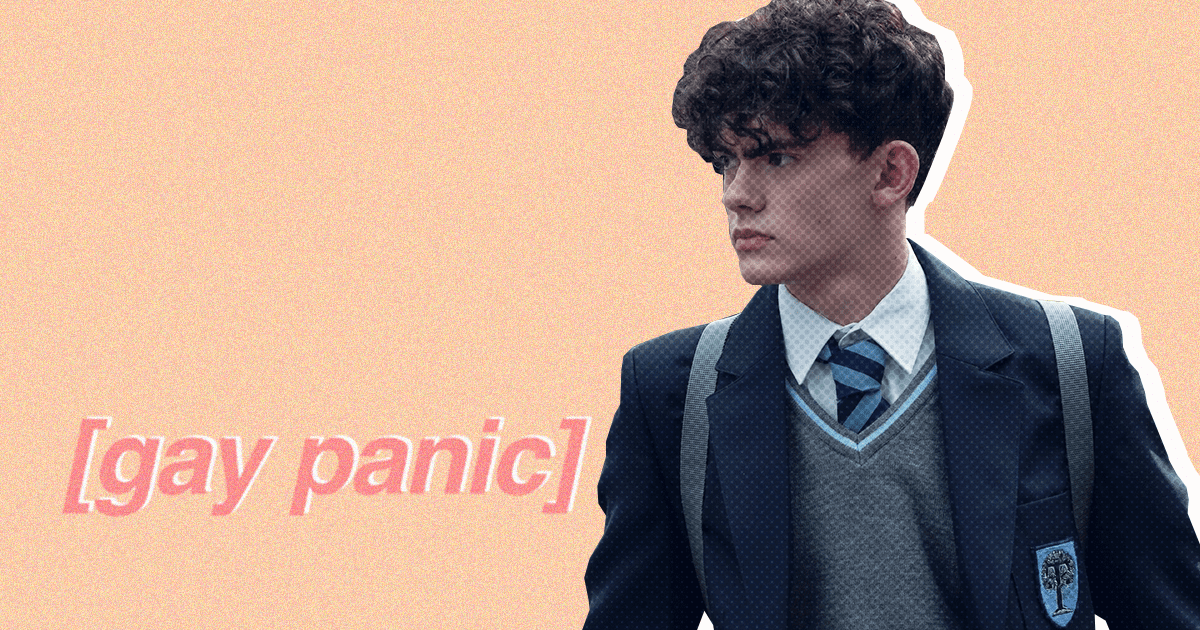 Here’s How You Can Get Heartstopper’s “Gay Panic Wallpaper”

“Gay Panic” is a reference to the original graphic novel series

The new Netflix show Heartstopper is everything everyone is talking about and for good reason. But aside from the brilliant characters, clever plot, and stunning visuals, there’s another element of Heartstopper that people are obsessed with: Charlie’s “gay panic” wallpaper.

In the tense messaging scenes between Nick and Charlie, where the two struggle to communicate how they really feel, we see Nick’s messaging appear above the words “gay panic.”

The gay panic wallpaper is linked to the original graphic novel

Hearstopper is based on a series of graphic novels by Alice Oseman, who also wrote the TV show.

In the books, Charlie Spring has a wallpaper that replaces “GAY” with “NASA” inside the space exploration company’s logo. The phrase “gay panic” also features in some of the novels.

Here is where you can get the ‘gay panic’ wallpaper

Alice Oseman herself tweeted the “gay panic” wallpaper “for Charlie Spring stans” there. Fans of the show commented on other versions of the wallpaper on the tweet, including “trans panic” and “lesbian panic”.

Heartstopper is now available on Netflix. For all the latest Netflix news, drops, quizzes and memes like The Holy Church of Netflix on Facebook.

Related stories recommended by this writer:

• Inside the beautiful and vibrant Instagrams of Netflix’s Heartstopper cast