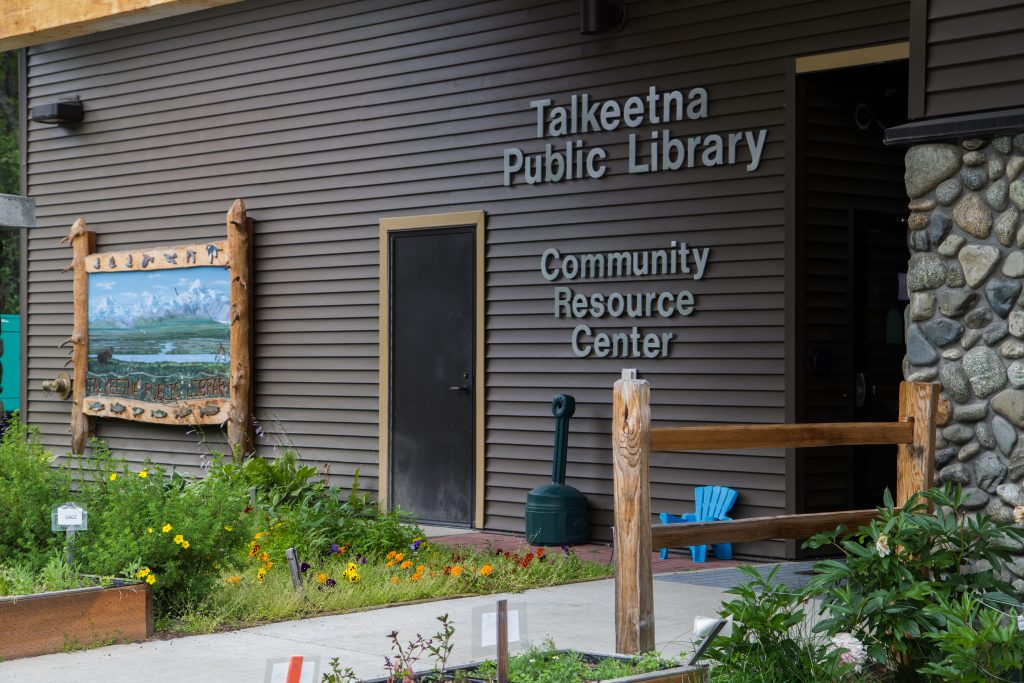 Friends of the Library projects bring reading fun to Talkeetna

When people think of libraries, they imagine interior settings with librarians and long shelves full of books. The Talkeetna Library is all of these. But it’s also complemented by a group of dedicated supporters who guide a litany of other literary programs.

As you approach the Talkeetna Library, it’s hard not to notice the beautiful flower garden or the herb garden growing outside the entrance. The library workers inside don’t have a lot of time for projects like this.

“It was a legacy for Suzanne. She had left some money to build a garden at the library. So we met a master gardener from Trapper Creek. We collected plants from Rose Jenne. We got some from Birch Creek Farms. We have opted for perennials as much as possible.

As you walk around the back of the library, a sign greets you on the “Children’s Literary Trail”. This was funded in part by the Jessica Stevens Foundation. A path winds through the woods until it reaches a lake, then winds around to make a loop.

All along the trail there are reading stations. At each station there is a laminated page from a children’s book. As the children walk on the path, they read the whole book. Children have passports and are given a stamp for every book they have read along the trail. The book is changed every two weeks throughout the summer, motivating readers to walk the course multiple times. Vos explains, there is also another surprise there.

“There is a geocache on this trail and people have done it before. So I’m not sure how many kids are participating, but a lot of kids will be hiking this trail before or after story time on Thursday.

Even the borough’s maintenance team joined the project, planting the herb garden and designing the sprinkler system, which uses rainwater instead of drawing from the well.

Peg describes some of the other activities that the Friends do.

“We will also be purchasing Amazon gift cards for readers if they reach a certain goal.”

In addition, the Friends are the force behind the “Little Free Libraries” popping up all over town. And soon will be a new program.

“We have offered a new one which will hopefully debut in October. It’s called Stone Soup and it’s for adults. It’s one night a month and it will be after hours, like six to eight, and it will only allow twelve adults, but it’s kind of cultural and culinary book reading.

the Friends of the library meets once a month and they are always looking for new members. Peg says meetings are a lot of fun. She explains how others can get involved.

“I think we moved on to the second Friday, normally at 1:00 pm. We’re meeting now at the library, or if they can’t get to the meeting by email. We have a website and we also have e-mail.

The website of the Friends of the library is friendsofthetalkeetnalibrary.org and their email is: [email protected]

When will episode 1 of season 13 of “Shark Tank” be broadcast?…