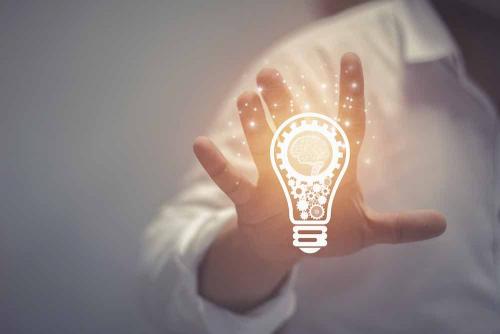 For many businesses, including retailers, filing a between the parties Revision (“IPR”) is a very popular way to challenge the validity of a patent in the United States Patent Office and outside the Federal District Court. An IPR is often a faster and easier way to challenge a patent than in a district court.

Among the important procedural advantages of the IPR is a relaxed status requirement. While district courts require a party to demonstrate factual prejudice (that is to say, Constitutional or Article III), an IPR at the Patent Office does not have an injury requirement. Any person or entity (except the federal government) can file an IPR claim, whether a litigation involving the contested patent is ongoing or threatened. Companies are free to challenge a patent for any reason, including whether the patent would present a problem for a currently available product, a non-commercialized product or a product under development, or for other strategic concerns.

However, a threat remains. If an applicant loses their DPI, the Federal Circuit is the only recourse option. In addition, the Federal Circuit demands a factual injury of each petitioner. Specifically, to appeal a final DPI decision, an appellant must have legal status (although they are not required to initiate the DPI).[1] Thus, many IPR applicants may find it impossible to appeal an unfavorable decision.[2]

Therefore, it is important to understand the factual injury requirement on appeal. To establish de facto damage, an applicant must demonstrate that there is a “substantial risk of infringement”,[3] with more specific evidence of a potential infringement increasing the likelihood that the court will find de facto prejudice. For example, a retailer was able to demonstrate imminent harm with a due diligence of the product: the specific investments made in the product, their intention to sell the product, and their stated expectation that the product would infringe the patent.[4] In contrast, the Federal Circuit dismissed another retailer’s appeal against a final DPI ruling for lack of standing because it did not say it would manufacture, use or sell products accused of infringement, namely smart phones.[5]

So how can a potential appellant-retailer prove that they have suffered de facto harm worthy of call?

One way is to list a product already on the market. If the retailer does not have a product on the market but has a product in development, imminent harm can be demonstrated by providing a final design or prototype for registration – or better yet, where that design has already been submitted in as part of a tendering process.[6] (However, the Federal Circuit has found no substantial risk of counterfeiting when there is no finalized product design on file.[7])

A retailer must also explicitly state that it expects the patent subject to IPRs to be infringed. This can be accomplished by a sworn statement from an intellectual property advisor or whoever is most knowledgeable about the product. In past cases, such statements have had varying degrees of success.[8] Failure to clearly articulate counterfeit expectations, or the use of weak language as a â€œpotentialâ€ risk of counterfeiting,[9] is probably not sufficient to establish imminent harm.[10]

Finally, timing can be important. The Federal Circuit said that if there is no written evidence of factual damage, new evidence must be produced as soon as possible at the appeal level.[11] Thus, even if no injury record is made during the IPR procedure, a retailer-appellant can strengthen the case when its opening appeal brief is due, for example, with evidence demonstrating a substantial risk of counterfeiting. This means that designs, prototypes and statements must be prepared before the appeal brief and be taken into account when preparing the IPR claim or even when deciding whether to pursue an IPR.

If an DPI ends with a finding of validity and an appeal is required, retailer-callers should prioritize thoroughness. Explicit disclosure of facts, such as the final designs of the product, how much money was spent to design and sell the product, and how likely the product is to infringe the patent, will strengthen the case for factual injury. The less left to the imagination, the better the chances of establishing quality to appeal.

[10] The benefits of such statements must be weighed against their impact on ongoing or future litigation.

I drew on my walls with a Sharpie for the cheapest accent wall, it saved me hundreds of wallpapers and you would never know