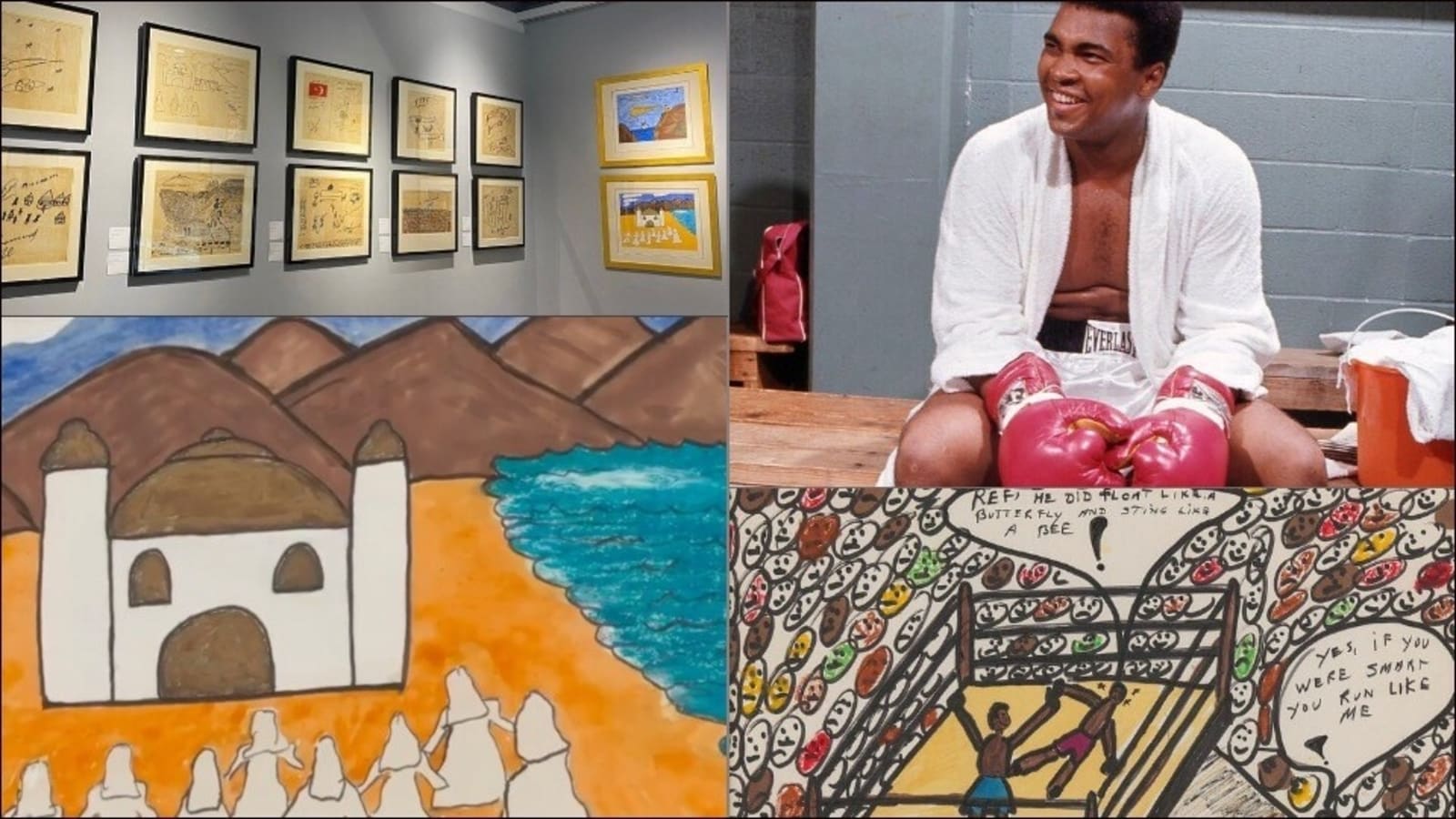 On December 3, 2012, American boxing legend Muhammad Ali was crowned “King of Boxing” at the 50th World Boxing Council Convention in Cancun and rightly so, the former heavyweight world champion did not only inspired aspiring sportsmen by being the greatest of all time, but also inspired fans with his values ​​outside the ring. However, did you know he liked to draw between fights?

A 24-piece collection of his original comic book-style artwork, reflecting his interest in religion and social justice outside of him in the ring, is up for auction. At the height of his career in 1964, he announced his conversion to Islam.

Fans have gone mad since his treasure trove of artwork was auctioned off in New York City, as his passion for sketching after a fight or training, as a way to relax, is less well known. Building on its social media recently, auction house Bonhams Popular Culture announced the auction titled “It’s A Knockout!”

They revealed: “On October 5th, Bonhams New York will be offering rare and important items related to the history of boxing, baseball and other sports … The auction is highlighted by a collection of memorabilia #MuhammadAli from the Rodney Hilton Brown Collection, as well as a selection of pieces for baseball legends #BabeRuth, #JoeDiMaggio and #LouGehrig, all of which are part of the Jim & Theresa Sports Memorabilia Collection (sic).

In another post, a video of the compilation of Muhammad Ali’s works was shared with the boxer’s quote: “I am the greatest! I said it before I even knew I was. He shared: “Bonhams is pleased to offer a rare collection of original artwork by the one and only Muhammad Ali… To many, this may strike you as news that Ali has been an artist his entire life (sic) . “

Ali’s interest in drawing was nurtured by his father Cassius Clay Snr, a professional artist. Growing up, Ali continued to paint and draw informally on subjects close to his heart, including boxing, civil rights, world peace and humanitarianism. He later enlisted in art classes from sports artist LeRoy Neiman.

The same goes for the rest of the other 21 works.