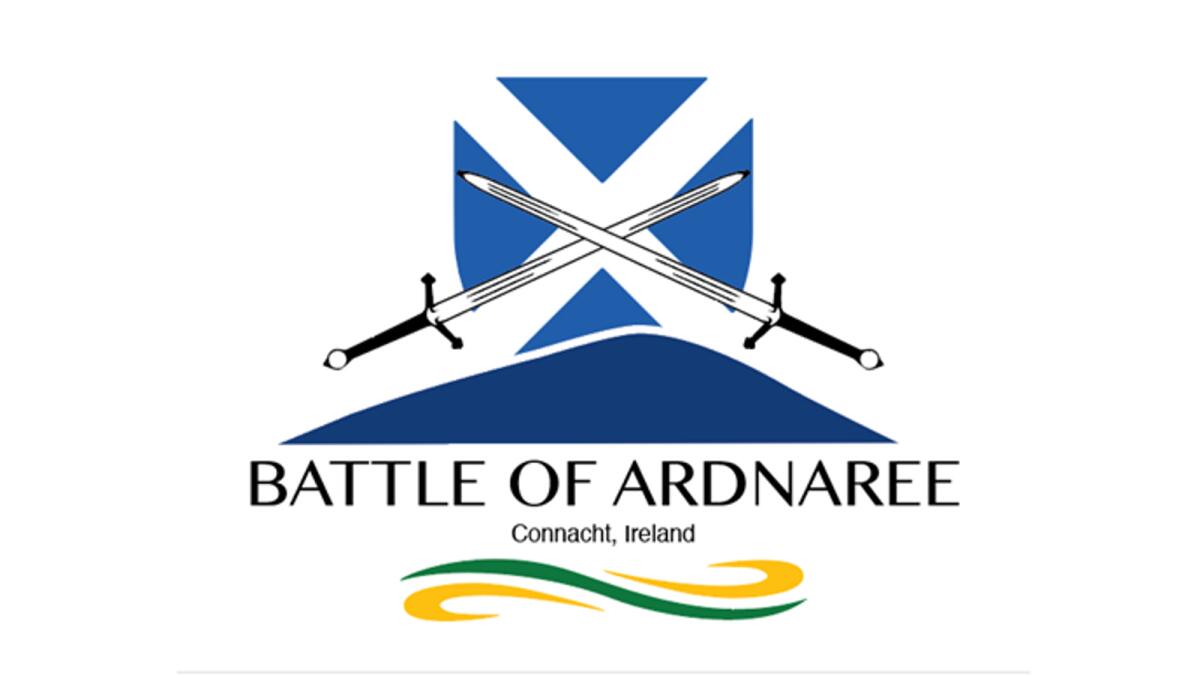 The work will be unveiled during an outdoor ceremony on Friday August 5, from 8 p.m. to 10 p.m.

The aim of the project is to commemorate the massacre, by the English army, of 3,000 Scots at Ardnaree in 1586 at a historic time for the city, county, province and country.

The Battle of Ardnaree project consists of four phases:

A huge canalside art installation, Ballina, represents the hugely important day in Irish history that has long been forgotten. (Completed and visible from either side of the River Moy).

A feature-length documentary, based on historical fact, detailing the events and those involved in the build-up to September 23, 1586. (Completed and available to watch on YouTube).

The recording and release of a specially recorded song about the tragic event. (Completed and available on YouTube).

And phase four this Friday evening with the commemoration at the site of the new canalside artwork in Ballina.

The artwork is believed to be the largest in Connaught outside Galway city and is located along the banks of the Moy.

It was painted last fall by local artists Brenna Rice, Meaghan McNamara, Kevin Loftus and Ciara Casey and has been managed by Dermot Rice on behalf of the Ballina Community Clean Up Group.

Further functionality was added to the site by the group’s engineer, Dermot Barrett, who designed the artwork information panel and the historic banner poles that have now been installed on the site.

Carmel Gordon, a Jackie Clarke Collection volunteer, made an incredible contribution by sourcing and purchasing the map used by Bingham and his army at the time of the battle. The map confirms, without a doubt, the place where the battle took place.

Ballina Community Clean Up Group volunteers have worked tirelessly over the past few weeks and months, and in some cases almost two years, to prepare for the creation of this new infrastructure in the city.

Residents and local businesses have also answered the call for help and have given their wholehearted support to this project, sponsoring their services and making cash donations to help realize the ambitious plans.

A spokesperson for the event said: “This is one of the most important projects ever undertaken by our group. We revealed the untold story of our city and tell it through art, film and song.

“We are confident that while respectfully remembering the human tragedy that was the Battle of Ardnaree, we can also further the interests of our region by showcasing the deep history and natural beauty of the land where we live today.”