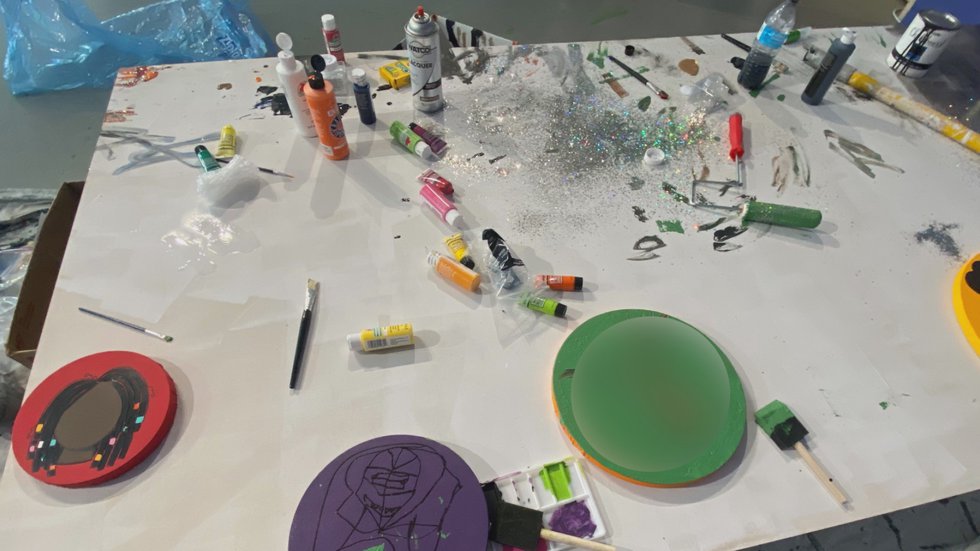 Artwork vandalized and removed from exhibit at Madison museum

MADISON, Wis. (WMTV) – A Madison artist’s work is vandalized while on display at a local museum, raising concerns about what makers of color are facing across the city.

The video shows three people surrounding the piece she contributed to the exhibit called “Ain’t IA Woman?” which highlights black women artists in Wisconsin, according to the website.

The images, which Gee and MMoCA officials said they would not make public, then show museum guests holding the pieces that make up the artwork. Another video overlooking the museum lobby shows guests, whom officials identified as a mother and her children, leaving the building with the artwork in hand.

Before even seeing the video, Gee first heard about this incident through a call from the director.

“I didn’t understand,” recalls Gee. “I said, ‘Excuse me, are you telling me someone came and vandalized my exhibit, and you’re calling me asking if they can take home the canvases that they vandalized?’ “

According to a statement from a museum spokesperson, the director’s call came after the woman was convinced to return to the building with the artwork.

“[The director’s] the sole intention during this call was to diffuse the volatile situation by responding to and repelling the woman’s continued requests to bring the artwork home,” the statement read.

This continued, there was a 16 minute window during which the gallery was uncrowded.

Surveillance footage also showed someone who appeared to be a guard walking alongside the ongoing vandalism.

“This kind of thing is happening more often, and it’s hard to prepare for it,” said Karin Wolf, arts program administrator for the city of Madison. She noted that artists of color are disproportionately impacted as victims of vandalism.

“Yes, there are political overtones, but it has more to do with racism, I think,” Wolf said.

Gee’s artwork has been returned, but now Gee wants the pieces removed permanently, saying she asked to uninstall her exhibit.

$25 billion in student loans have been forgiven. Who is eligible and how does it work?