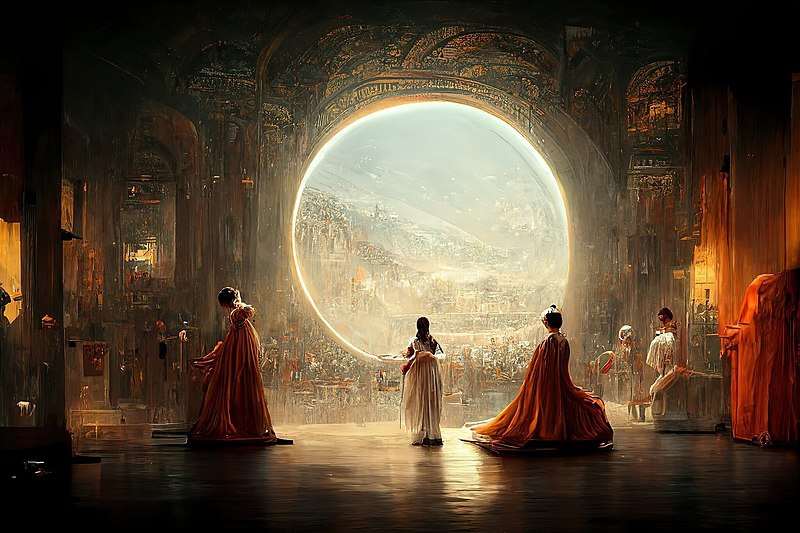 An art prize was won by an artwork created using a combination of AI and PhotoShop. Although the judges did not know the origins of the work, they said they would have awarded it the top prize anyway had they known it was AI-generated.

The prize was won at the Colorado State Fair, as part of the digital arts competition. Jason Allen, the creator, is a video game designer from Colorado. He won the $300 prize with a work titled “Space Opera Theater“, which shows an eerily old-school image of women in flowing dresses looking through a large circular window onto a misty landscape. If you had told me it was a painting by a Victorian artist like Burne-Jones or Alma -Tadema, I would not have argued.

The reality is that Allen used Midjourney, an AI package that takes a short description and creates an image reflecting those words using a technique known as scattering. Having won, Allen wrote about it on the Discord chat server, and the announcement sparked numerous complaints.

Some of the comments seem not to keep pace – the New York Times pointed out that Allen “didn’t come in with a brush or a lump of clay. He created it with MidJourney, an artificial intelligence program that turns lines of text into hyperrealistic graphics. “What rather misses the point of being a digital art class, in which the contest guidelines say the digital art is”artistic practice that uses digital technology as part of the creative or presentation process.”

Artists on Twitter also complained, with Genel Jumalon, an artist on Twitter, saying: “Someone entered an art contest with an AI-generated work and won first prize. Yeah, that’s really shitty.”

These critics seem to have overlooked the fact that this is more of a publicity stunt than a real victory. Jason Allen didn’t just take an AI-generated image. He says he went through hundreds of images created by Midjourney, chose three, then spent several weeks tweaking the images in PhotoShop and using GigaPixel AI to “enhance” them. Aside from the perhaps mercenary thought that I’d like a better return for 80 hours of image editing than $300, the real question is, is this AI-generated art? I would say no. If the original footage created by Midjourney had won, great. But Allen’s assertion to the New York Times that:

seems a bit exaggerated. The AI, with careful human selection and more than 80 hours of editing with sophisticated image-editing software, won in a class of 18 entries (three per Allen) at the Colorado State Fair. I think I’ll wait for an image to win a high-profile, high-value competition that was purely AI-generated, without long and painstaking editing and enhancement.

What is the status of art in our digital world?

The Ai-Da Delusion – Machines have no soul

GauGAN will draw your landscape for you

Over 7,000 beneficiaries will receive cash grants and GEEP loans in Imo and Abia

Microsoft is bringing a new wallpaper option to Windows 11 Insiders