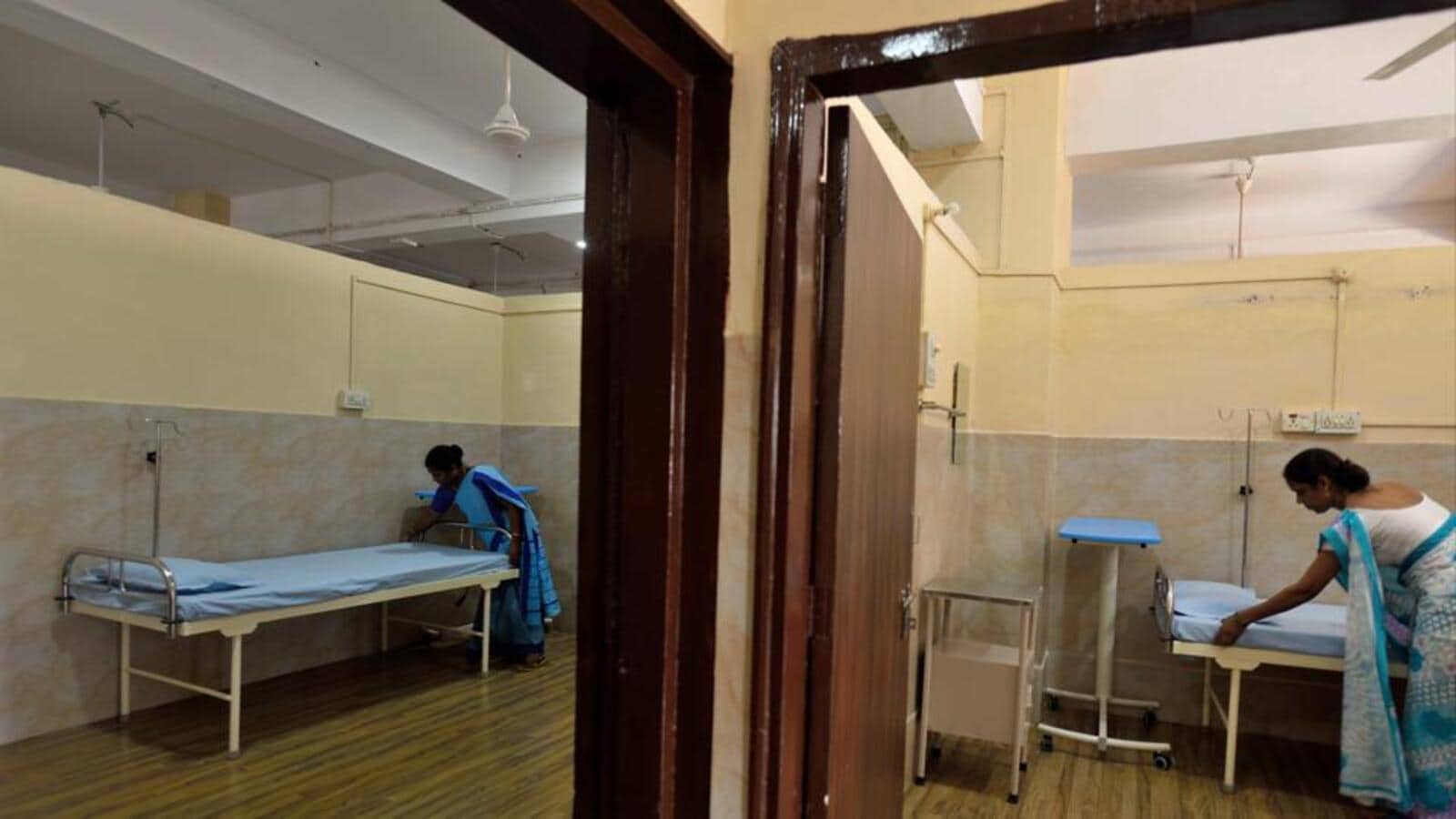 A private ward inside the public hospital in Mumbai | Bombay News

Mumbai: Eight years after the Brihanmumbai Municipal Corporation (BMC) opened its first affordable private ward in public hospitals, the city’s KEM Hospital has renovated its 17-room private ward and opened it to the public earlier this week.

Ward number 39 on the 11th floor of the multi-storey building now boasts a brown carpet, cream colored wallpaper and new beds in each of the 17 bedrooms, five of which are air-conditioned. Inaugurated on Wednesday, the air-conditioned rooms cost ₹1200 and cost of non air conditioned beds ₹900 per day. The rooms have shared toilets.

“Having private rooms can help us provide services to a part of the population that cannot afford the exorbitant prices of the private sector, but also finds it difficult to fit into the general services of public hospitals. The rates for our paid beds are not very high,” said Dr. Sangeeta Ravat, Dean of KEM Hospital.

However, KEM Hospital was already charging a nominal fee ₹200 for patients who requested a private bed instead of the dormitory style common room bed. This was often used by medical professionals, politicians and corporate employees. In 2018, a civic body resolution set different rates for AC and non-AC beds, following which the rates were increased.

The civic body is now considering raising surgery and investigation fees for patients who opt for paid beds. For example, major surgeries cost ₹5,000 and cost of minor surgeries ₹2,000 in municipal hospitals. It is proposed to increase these rates to ₹10,000 and ₹4,000 respectively for patients in the private ward. Similarly, an MRI that costs ₹2,500 in the general category would be ₹5,000 in the private category.

“The plan is to double the charges,” Ravat said.

The civic body first introduced the private service initiative at BDBA Hospital in Kandivli after its redevelopment and opening in September 2013. The hospital has 30 private rooms with attached toilets, including eight air-conditioned rooms. In October of the same year, the revamped HBT Trauma Care Hospital in Jogeshwari was inaugurated. There were 25 private adjoining rooms with toilets. The redeveloped RN Cooper Hospital which opened in November 2013 has also booked 51 private rooms.

While the private beds in BDBA and HBT Trauma care are still operational, RN Cooper Hospital has converted them into rooms for resident physicians and for use by other medical services as the hospital becomes a medical school. in 2015.

Municipal authorities believe that part of the middle class who cannot afford overpriced private health care would be keen to access private services at public health centers. If successful, other citizen-run tertiary care hospitals, such as BYL Nair in Mumbai Central and LTMG in Sion, will make way for similar private rooms.

“The price is lower than daily rates in private hospitals,” said Dr. Mohan Desai, Head of Orthopedics at KEM Hospital. “Many patients want to be treated only by civic doctors, but want some privacy in rooms where they can stay with a relative. With nominal fees, the private ward will be a good option for these patients,” he said.

Most general wards of public hospitals do not have extra beds for relatives. Relatives sleep on the floor in the room or in the corridors.

“There weren’t many takers for these private rooms because the concept was not publicized enough,” said Additional City Commissioner Suresh Kakani, adding that by the time the concept’s publicity plan might materialize, the Covid-19 pandemic has struck.

“We don’t have 100% occupancy in the paid beds,” said Dr. Pratima Patil, medical superintendent at BDBA Hospital. “Most of the people asking for these beds are from the middle class,” she said.

“The civic systems are not bifurcated, and so a patient in the private category ends up in the same queue for a blood test or X-ray as the patient in the general category. It will eventually become a point of contention,” said a chief medical officer at the hospital, speaking on condition of anonymity.

“The focus should be on upgrading the whole facility for patients, instead of offering better facilities at a cost,” said health campaigner Girish Bhave of Jan Arogya Abhiyan. “Why should poor patients be cared for in poorly maintained wards with dirty toilets and poor infrastructure? Don’t they deserve better public facilities?