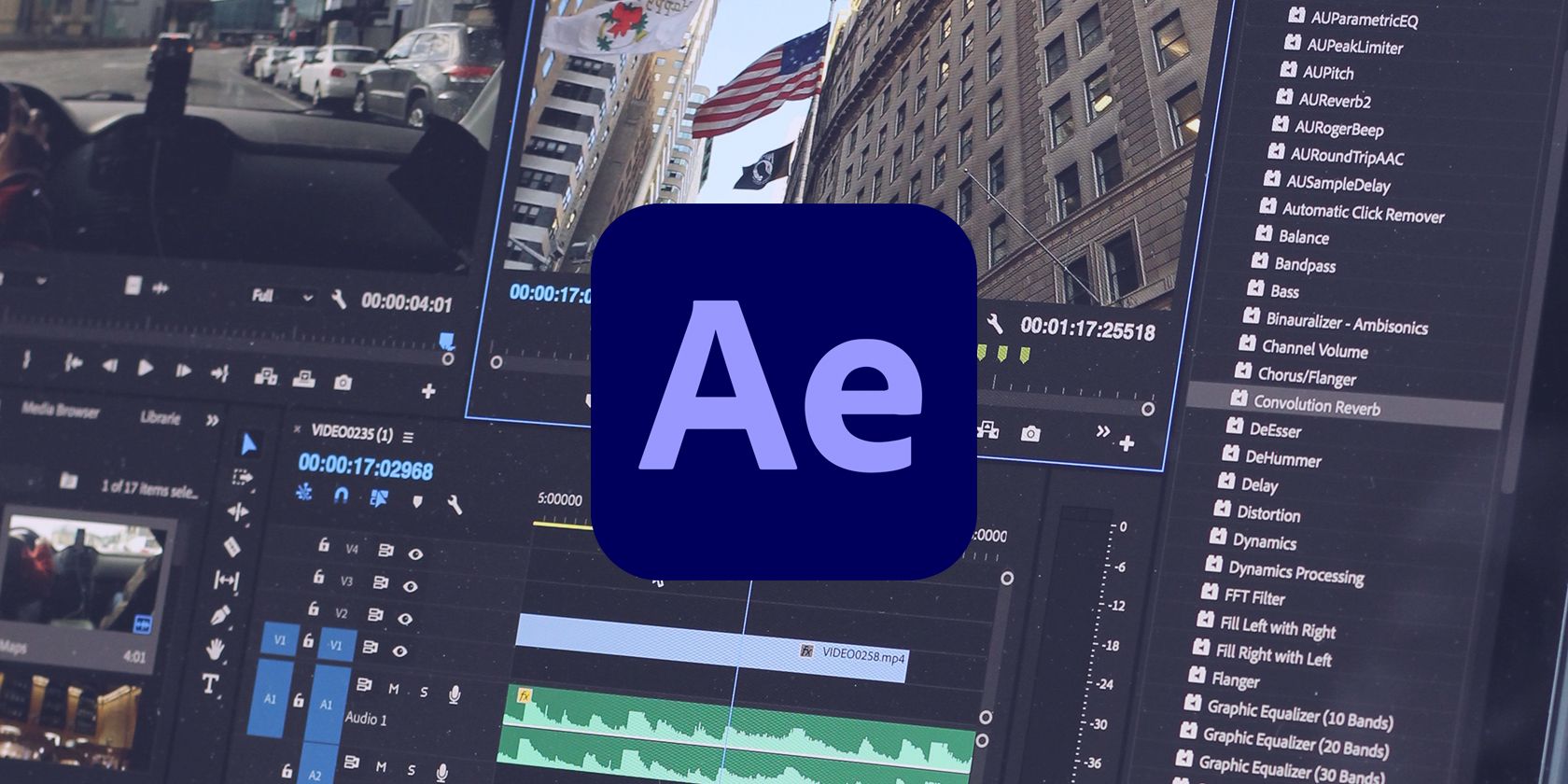 Compositing in video design is the act of combining two or more video clips so that they appear as one scene. You may know this uses a green screen. Although you can use green screen applications, you can do much more complex things using green screens or compositing in After Effects.

This technique is used in professional film production, so having the ability to do this in After Effects is a great way to practice the skill and take your films to the next level. Whether your background is a still image or another film, scene compositing is a great way to save on film budgets or work under time constraints.

You can shoot your actor in a home studio with a green screen and easily shoot background footage elsewhere without the actor. After Effects lets you play around with stage placement and color matching to keep your composition a secret.

You can synchronize visuals with audio beats in After Effects, which means certain words appear, animate, or match the beat of each spoken word. It’s a creative way to visualize music.

Creating a kinetic typography animation is ideal for new video animators. The result is a video that looks complex, but it’s a simple technique to learn. Since this technique uses keyframes to animate text, it’s also a great way to learn the basic tools of After Effects.

You can design the same as if you were creating a 2D animation, but changing the camera type in After Effects will give you 3D results. You can change angles and perspectives at any time during the design process, allowing you to add or remove 3D aspects at any time. The 3D animation tools in After Effects are perfect for animators and graphic designers.

Motion tracking comes in handy for video creators for a variety of reasons. Maybe you need to blur someone’s face in a video. Motion tracking allows the blur to cover the face even when the camera position changes or the person moves.

You can easily add digital mockups to devices in your videos with motion tracking. Or you can add text to a wall as your subject passes by. This useful tool offers tracking, scale and position customization.

If you have video footage that was shot in sunlight, but needed rain during the scene, After Effects can help you achieve this. After Effects offers simulation effects that allow you to create your final vision during post-processing.

You can add simulations on top of your video footage to simulate precipitation or even snow. There are options for bubbles, stars, hair, and more. Although the simulation effects found in After Effects are third-party, they are provided directly by Adobe within the program. They are not plugins.

You can also add more abstract simulation effects. Using this tool, you can change the intensity, color, position, depth, and mood of the lighting. And you also control the materials and their reflection values. You can diffuse reflections for shading purposes, change the angles of reflection according to the angle of the viewer, and you can highlight the sharpness of reflections for more realistic results.

In addition to the great tools offered natively by After Effects, you can also use plug-ins to expand your toolbox. Plugins are third-party tools that you can download and use in After Effects. You can download them from several places, including Adobe’s third-party plugins list, or directly from the creators. They can be free or paid.

Plugins can offer a variety of tools, whether it’s visuals, audio enhancements, or adding shortcuts to an editing method. You can find and download plugins for just about anything.

Keyframes are one of the most important tools in After Effects. Keyframes allow you to apply transitions and effects to any animated element in After Effects and manipulate it as desired. This is a simple but crucial aspect of animation design.

You can apply many effects using keyframes, such as changing scale, opacity, and position. You’ll probably need to use keyframes no matter what type of video design you’re creating in After Effects. Prioritize learning about keyframes and their uses if you plan to work in After Effects.

If you’re a content creator and use a similar setup for most videos, it makes sense to create a video template. Creators also do this for graphic design to save time and stay consistent – learn how to create a Figma master template. You can do the same with animation or video design.

For example, if all your videos need an intro, lower third and ending animation, and your videos are generally the same length, you can create a video template with those already put in place. Then all you need to do is add video or animation footage to meet the timeline requirements. It is a great hack for beginners as well as expert video creators.

If you see animated buttons or elements on websites, chances are they were designed in After Effects. Although After Effects is a video animation tool, you don’t just have to create videos with it.

You can animate almost anything. Learn how to create a LottieFiles animation in After Effects. These can be used as design elements in many types of digital design, like websites and UX/UI designs.

Speaking of UX/UI designs, you can create attractive and animated UX/UI mockups using After Effects. You can literally bounce elements around the page with an animated mockup.

An animated mockup is a great way to not only show off the design itself, but also hone your skills. Moreover, a video mockup is much more impressive than a simple diagram of your design, that’s for sure.

It’s great for digital portfolios or adding something to your website. Whether you’re a UX/UI designer, graphic designer, or animation designer, this is a great skill to add to your repertoire.

After Effects: the world of animation and design is yours

With this list of cool things you can do with Adobe After Effects, you don’t have to wonder what the program has to offer. Of course, there will be a learning curve for each of these tasks, but with a little patience and practice, you’ll soon be adding awesome scene composites, animated UX/UI elements, and 3D animations to your projects.